Showing posts from January, 2020
Show all

Snapshot of the Calais jungle 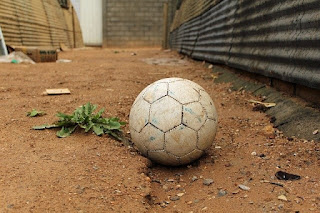 Joram's eyes flicked open as a rat’s sharp teeth bit into his leg. At 2am, the Calais Jungle held terrors both real and imagined, but there was no mistaking the searing pain. Joram slammed his fist down on the rat's head and winced as its skull cracked. Fumbling for his torch, the rat still attached, he shone the dull beam of light, pulled apart its jaws and threw it in the corner of the shack. Hasan was still sleeping, and Joram noticed a gathering pool of water next to his son’s pillow. He would scavenge some tarpaulin in the morning after he had taken Hasan to his makeshift school. At 8am, he and Hasan joined the breakfast queue in the aid workers tent. Most days they had bread and jam, on rare occasions a croissant. Calais was a dump, but at least they wouldn't starve. The Jungle was a melting pot of nationalities and languages, united by the dream of a better future. If Joram could get regular work, he would smuggle himself and Hasan over to England, although i
Read more
More posts