I brushed him off and turned my attention back to my husband ‘How did you find me?’ I demanded. ‘How did you know we were here?’
‘I went to your old workplace and your mate Hannah told me. She was reluctant to at first - until I told her what you’d done to him.’
‘Bastard!!’ I raised my fist to hit him, but Michael grabbed my arm.
‘Let them go.’ he said. ‘We can sort this out, I promise.’
I wriggled for a second, but all my fight abandoned me as Richard led Connor out of the room. ‘Connor!’ I shouted, but he didn’t even turn around.
I sank to the floor, crying, knowing that Connor was gone now for good. ‘There, there,’ said Michael, rubbing my back. ‘Cry it all out. We’ll talk about what we can do later.’
After my tears were all spent, he led me downstairs, reassuring me I could stay as long as I wanted. Then he poured me a glass of the local moonshine, and I downed it and then another until the room swam around me, and I collapsed on the floor.
I woke up in darkness, save for a tiny beam of light shining through an old leaded window. I reached for the bedside lamp, and when the room was illuminated around me, I knew it was different.
I sat up and looked around. The room was sparsely furnished; a bed, a table, a faded armchair and a battered old wardrobe. This hadn’t been my room before, yet it looked so familiar. Pain seared through my head, and when I tried to remember what had happened, my thoughts were all jumbled.  I could remember the village, the old pub and Michael, but everything else seemed blurry. It felt like something important was missing, but I knew it would come back to me eventually.
I shivered and realised I was only wearing underwear. I got out of bed and stumbled towards the armchair where my clothes lay neatly folded, as if they were waiting for me. A black top hat, a long black dress and yes it was still there, lying in the corner - my beautiful birdcage with one precious black crow sleeping peacefully inside.

‘Keep out!’ I scream. The couple stares at me in horror after swerving their Range Rover to avoid me. ‘This is my village,’ I say. ‘We don’t want folks like you here.’
Ignoring their cries of protest, I walk around the side of the car. ‘Have you seen my boy?’ I say. ‘I’m looking for my son, Connor.’
‘Get out the way,’ the man shouts at me. ‘Who the hell are you anyway?’
I spit at the car and wipe the residual phlegm from my mouth. ‘I’m the lady who looks after this village.’ I cackle. ‘Folks ‘round here call me Mad Annie.’ 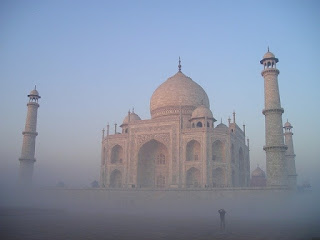